London is a city that has always been in a state of flux. From the devastation of World War II to the swinging sixties, London has seen it all. In this article, we will take a look at some of the most fascinating aspects of twentieth century London. We will explore everything from fashion to politics, and everything in between. There was always something new to see or do in London, making it an incredibly dynamic place to live.

Of course, one of the biggest attractions in London at that time was its history. The city had been around for centuries, and there were countless famous landmarks and historical sites to visit. Whether you were interested in ancient Roman ruins or grand Victorian architecture, there was something for everyone in London’s past.

Another major draw for tourists and residents alike was the city’s culture. From theatre to music to art, London had something for everyone who loved experiencing different forms of expression

On the night of September 30th, 1940, London suffered its most devastating air raid of the Blitz. More than one thousand people were killed and more than two thousand injured. The blitz would continue for another eight months, but that first devastating attack marked a turning point in the war. Hear more about London during Blackout in our podcast.

For the next few weeks, London was subjected to almost nightly bombing raids as the Germans sought to demoralise the British population and force them to capitulate. But Londoners refused to give in. Instead, they pulled together and showed remarkable resilience in the face of adversity. Many iconic images were born out of this period of history, including those of St Paul’s Cathedral standing proud against a backdrop of flames and smoke.

London was bombed extensively during World War II, and much of the city was destroyed. After the war, there was a concerted effort to rebuild London, and the city emerged as a very different place than it had been before the bombing.

One of the most significant changes in postwar London was its physical appearance. The bomb damage had left large areas of the city in ruins, so there was a great deal of reconstruction work to be done. Architectural styles changed dramatically during this time, and new buildings were erected that reflected the latest trends in architecture. New spaces were created which you can find more about on our Secret Spaces in the City tour.

The social landscape of London also changed after the war. Many people who had been displaced by the bombings moved to London from other parts of Britain and abroad, resulting in a more diverse

The Festival of Britain was a national celebration that took place in London in 1951. The festival was intended to commemorate the achievements of the British people during the first half of the twentieth century, and to promote optimism for the future.

The festival featured exhibits and performances from across the arts, as well as demonstrations of new technology. It attracted more than eight million visitors over its six-month run.

Despite its success, the Festival of Britain was not repeated after 1951. Many commentators have attributed this to its having been overshadowed by major world events such as the Korean War and Suez Crisis. Nevertheless, it remains an important milestone in the history of British culture.

In the 1960s, London was a city in constant motion. Skyscrapers were being built at an unprecedented rate, new neighbourhoods forming and new transportation options were popping up all over town. It was an exciting time to be living in the city, and it’s no wonder that so many fascinating historical events took place during this decade.

One of the most iconic examples of this era is Barbican, an estate built in the heart of the city that epitomises modern architecture and urban living. Barbican is home to high-rise apartments, theatres, schools, and businesses, making it a self-contained community within London. It’s no wonder that Barbican has become one of the most desirable places to live in the city! If you’re interested in experiencing this fascinating brutalist estate, book yourself a private Smartphone Photography tour and really get to see the beauty of the Barbican.

In the vibrant heart of swinging London, Soho and Carnaby Street were the places to be in the 1960s. Bohemian and cosmopolitan, these areas attracted artists, musicians and fashionistas from all over the world. With its narrow streets and lively nightlife, Soho was a magnet for creative types who wanted to let their hair down in style. Meanwhile, Carnaby Street was the place to go for cutting-edge fashion and contemporary music. The area’s stylish boutiques were a hit with young people who loved to express themselves through their clothes and hairstyles. Thanks to its buzzing atmosphere and trendy shops, Carnaby Street quickly became one of the most popular destinations in London.

Jimi Hendrix is one of the most iconic figures in the history of London. He first came to prominence in the early 1960s as a member of The Jimi Hendrix Experience, and his groundbreaking performance at the 1967 Monterey Pop Festival helped to catapult him to global fame. In 1970, Hendrix moved to London and began working on new material with Band of Gypsys. Sadly, he died just a year later from an accidental drug overdose. However, his legacy lives on in the music that he created during his time in London. His albums such as Electric Ladyland and Axis: Bold as Love are considered masterpieces, and continue to inspire musicians all over the world. Listen about Jimi Hendrix in London on our podcast.

One of the most popular places to visit in London during the 1970s was Piccadilly Circus. This lively area was always packed with people, and it was home to some of the best shopping and dining in the city. You could find anything you wanted at Piccadilly Circus, from high-end fashion boutiques to casual restaurants serving traditional British food. Another must-see spot in London during the 1970s was Trafalgar Square.

The 1980s was an eventful decade for London. The city experienced a number of changes and developments during that time period. In 1981, Prince Charles married Lady Diana Spencer. The wedding was a major event and garnered international attention. It also helped to solidify London’s status as a global city. In 1984, the Summer Olympics were held in London. This was a major accomplishment for the city and it helped to boost its profile even further.

During the 1980s, London saw significant economic growth. The city became a leading centre for finance and business activity. This led to increased wealth and prosperity for many.

In the 1990s, London was a city on the move. A new generation of young people were making their mark in the city, and there was a palpable feeling of energy in the air. The decade saw huge changes in London, with new neighbourhoods appearing and old ones being revitalised. Here is a look at some of the most interesting aspects of London life in the 1990s.

The music scene was thriving in London during the 1990s, with bands like Oasis and Blur putting British rock on the map. There was also a strong club culture in the city, with legendary clubs like Ministry of Sound and Fabric drawing crowds from all over the world. London’s art scene was flourishing in the 1990s with new galleries and exhibitions popping up all the time. This was largely due to the fact that London had become a global centre of culture and finance. There was a lot of money flowing through the city, and artists were eager to take advantage of this burgeoning creative atmosphere.

One of the most notable aspects of London’s art scene in the 1990s was its diversity. There were exhibits featuring everything from traditional paintings and sculptures to more contemporary works that pushed the boundaries of what could be considered art. In addition, there was a strong focus on emerging talent, which meant that young artists had a lot of opportunity to showcase their work.

Christmas lights in 1950s London were a spectacular sight. The main shopping streets were decorated with brightly coloured lights, and there was a festive atmosphere in the air. Shoppers enjoyed browsing through the stores, and children loved watching the Santa Claus parade. Hear more about what Christmas in London was like during the 1959s and 1960s.

The Christmas season was always a busy time for retailers in London. They offered special promotions and discounts to lure customers into their stores. Many people saved up all year long so that they could buy some of the latest gadgets or clothes at Christmas time. Retailers also competed with each other to come up with the most creative displays. Some of them used animatronic figures or even fireworks to create an extra-special effect. There was always something new to see on London’s streets. 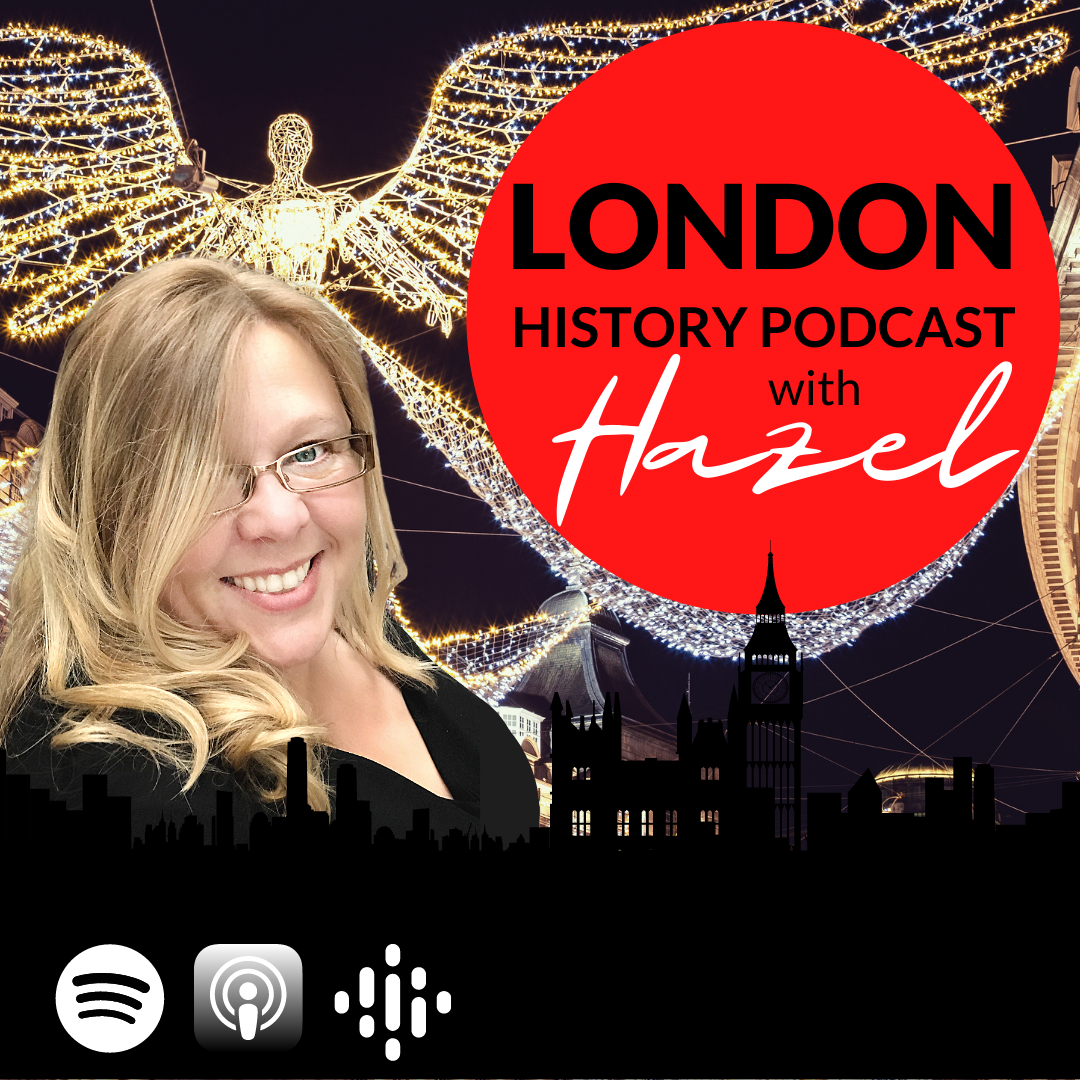 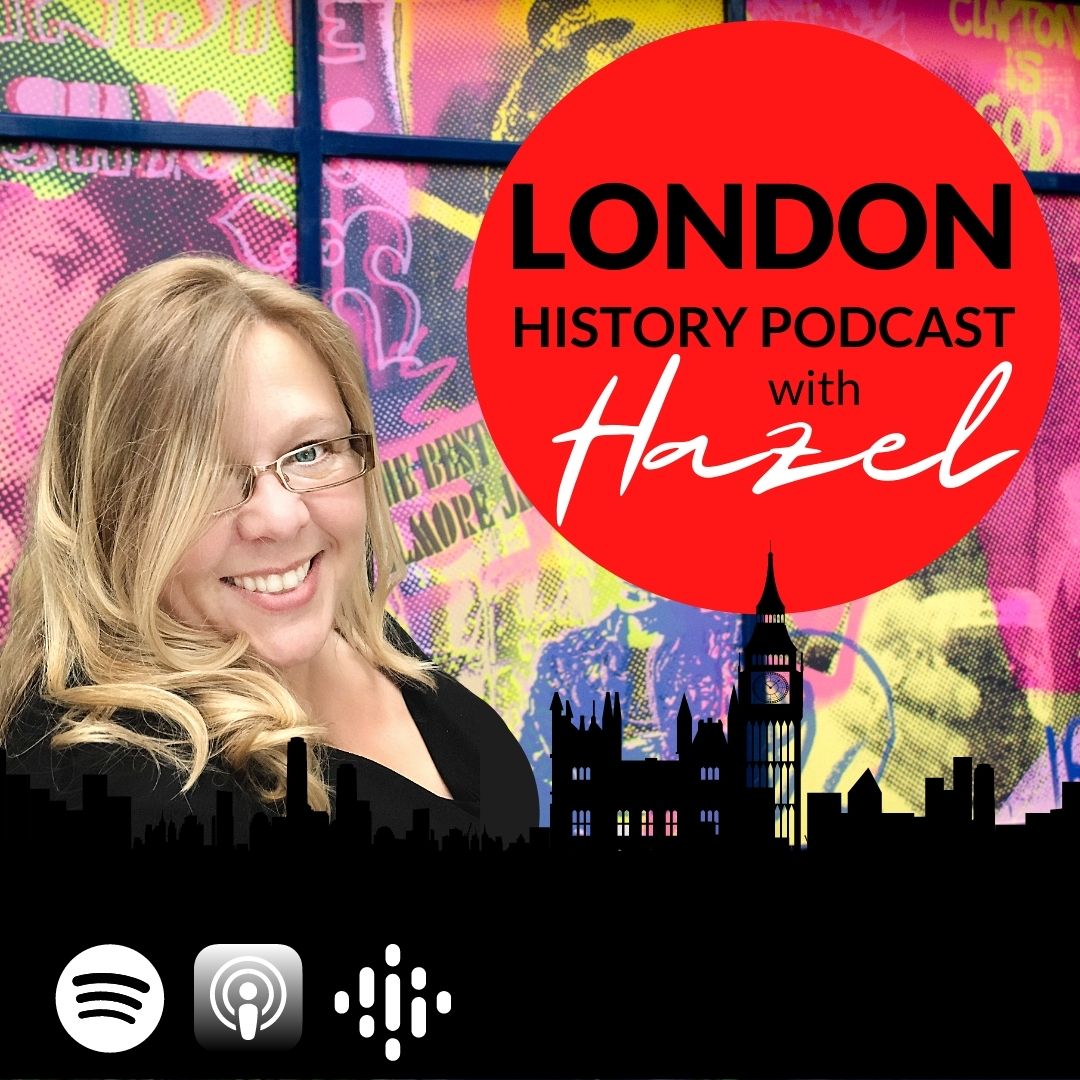 63: Hendrix and Handel in London 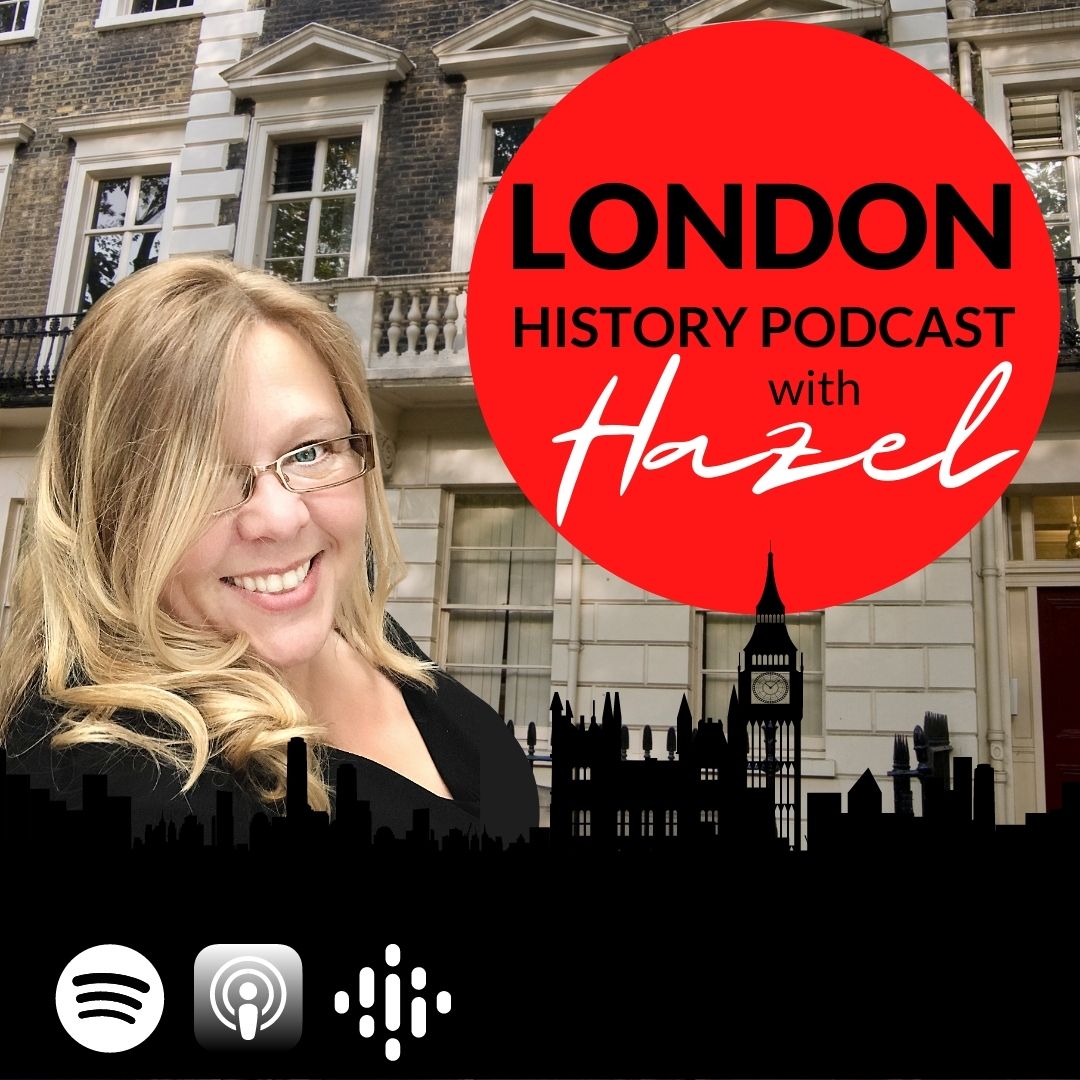 60: Virginia Woolf and The Bloomsbury Set 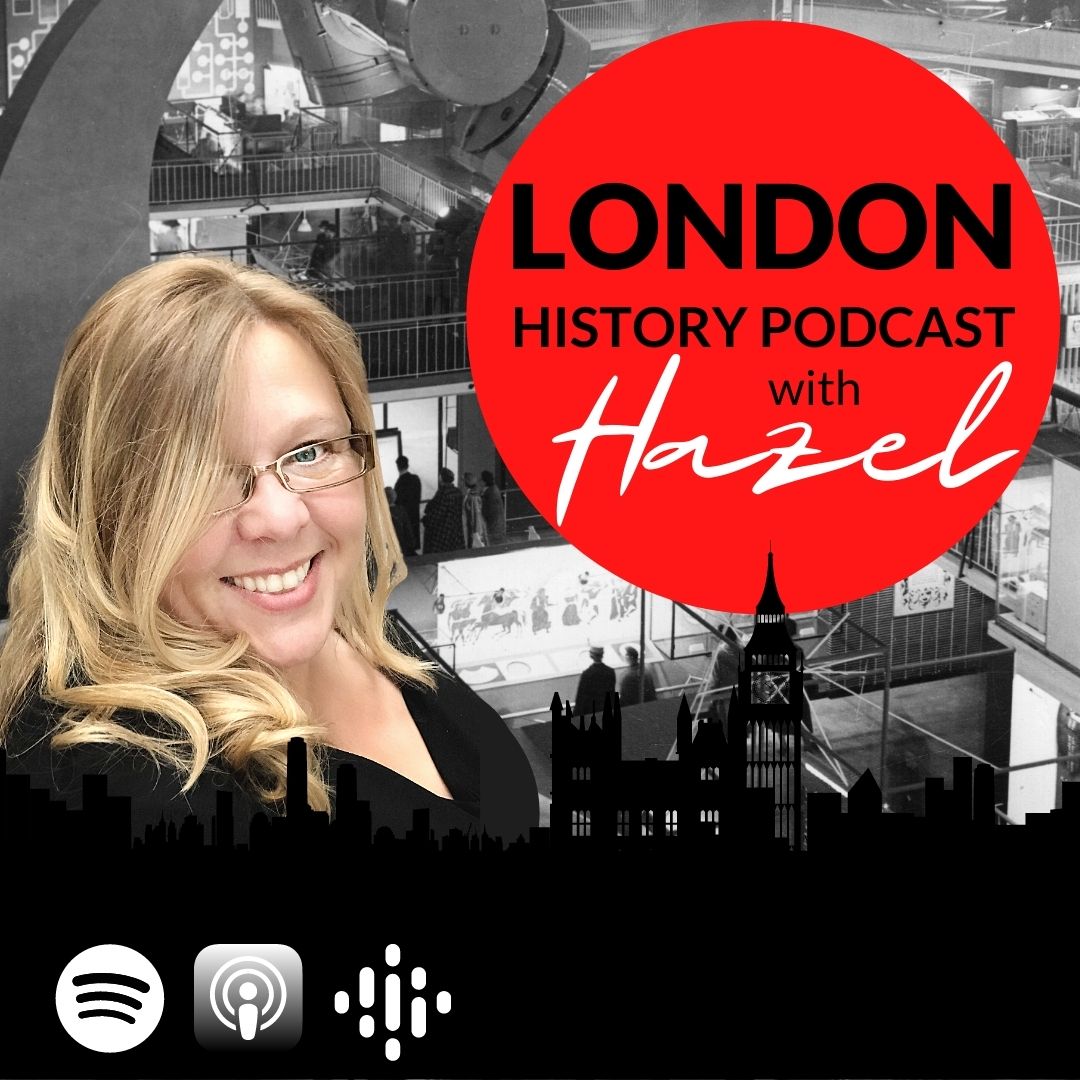 54: The Festival of Britain 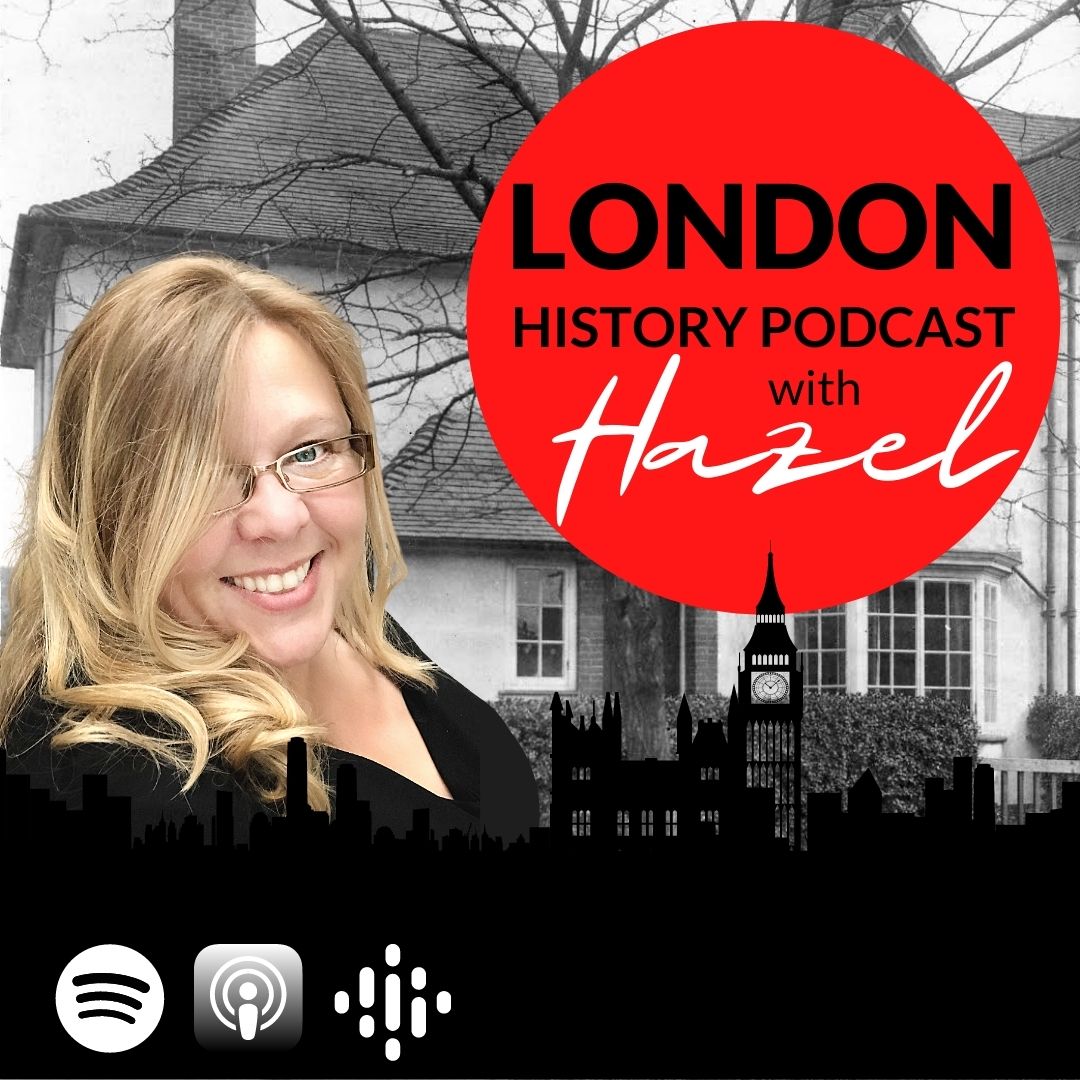 16: Women in 1920s London (From Cowgirl to Congress)
View All Episodes